An inverted US Treasury yield curve is widely thought to signal risks for the financial market as long-term debt products display a lower yield prospect than short-term structures with the same credit quality.

Nevertheless, in a world where central banks relied on quantitative easing to boost the economy and are now trying to unwind trillions of dollars, this might not be the case after all.

At least, this is not what structured product investors imply with their investment behavior. Since 2012, there has been a growth in the use of the constant maturity swap (CMS), with an average annualised growth in sales volume of 46%.

A CMS is a variation of an interest rate swap in which the floating portion of the swap is reset against the rate of a fixed maturity. Basically, the CMS exposes investors to changes in the long-term interest rate movements.

The Federal Reserve has raised interest rates three times in the past year, moving up the entire US yield curve. This has attracted plenty of investors looking to lock in the higher interest rate. In addition, in 2018, investors looked to the end of the curve and started to get exposure to the differential between the 30-year and the two-year CMS, in contrast with the past when most investors kept to short-term CMSs.

With the Fed raising interest rates in December despite pressure from President Donald Trump - and at the same time raising event risks - the US curve flattened, as seen in the shift between the end of November and February 19, raising the concerns of a forthcoming recession.

This shift lowered the differential between the 30-year and two-year CMS during the last 12 months to only 50 basis points. Although bearish analysts believe a US recession could happen, the Fed reportedly holds about US$4 trillion in Treasuries and mortgage-backed securities on its balance sheets, which could possibly depress yield at the long end of the curve.

Taking advantage of this small gap to get exposure to a potential normalisation of central banks’ quantitative easing could potential yield extra returns for investors in structured products. With the US deficit spiraling out of control due to President Trump’s tax cuts and government shutdown, this will mean that the US Treasury will need to secure new funding by issuing new debt, with long-term interest rates potentially increasing. 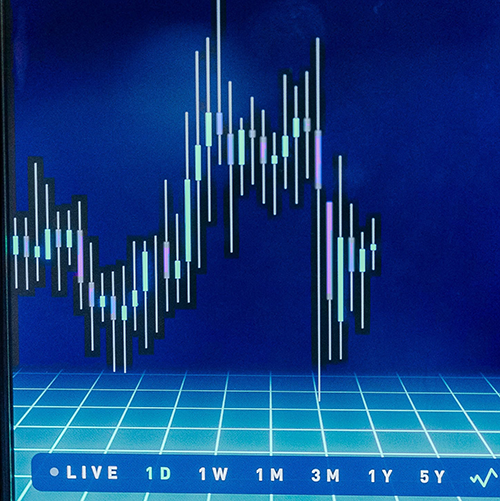 Impact of the recent market correction on structured products: an analysis