The 2014-2020 (H1) performance analysis of structured retail products distributed in Italy provides an in-depth analysis of 5,322 products from a database covering over 22,000 products, of which 6,411 are live.

The analysis shows that the average performance for 2020 stood at 0.45% at the end of June, which shows the impact of the Covid-19 pandemic in the equity markets – overall year to date maturing products in Italy have delivered positive returns although at relatively low yield. 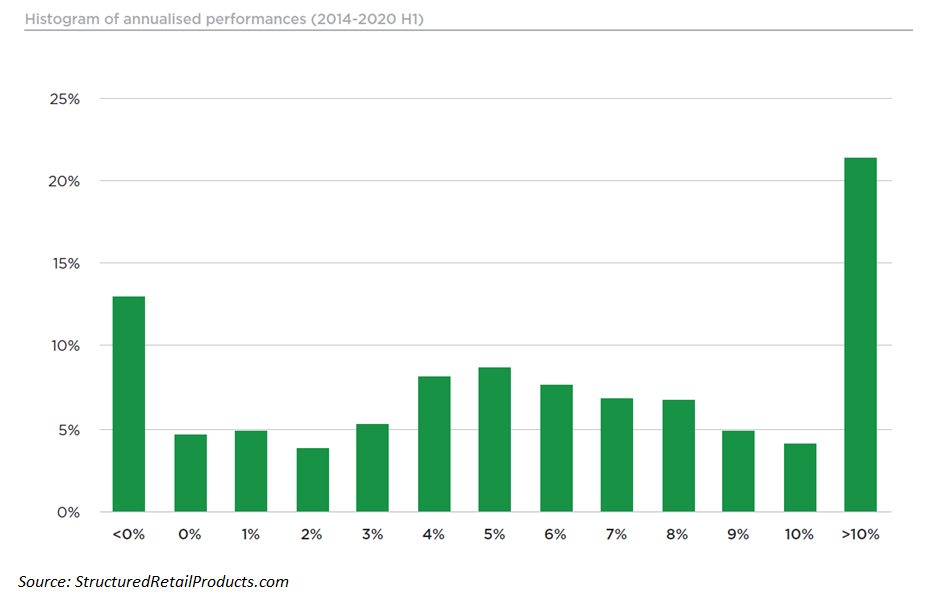 During this period, 82% of all the products included in the analysis delivered a positive return and 60% returned more than five percent per annum. Five percent of the certificates returned only the initial investment with no growth, while 13% lost an average of just under 25% of the capital per annum (or 30% of the capital overall). Around 90% of the products with capital at risk offered a 67% average downside barrier at maturity.

SRP’s analysis shows that even at the peak of the crisis, structured products delivered positive average gains of 1.3% and 2.6% in 2016 and 2018 respectively - the highest annual average of 7.8% was achieved in 2017. The low points in the performance during the period analysed relate to two events that impacted Italy’s economy - the 2016 Italian banking crisis and the political crisis of 2018. 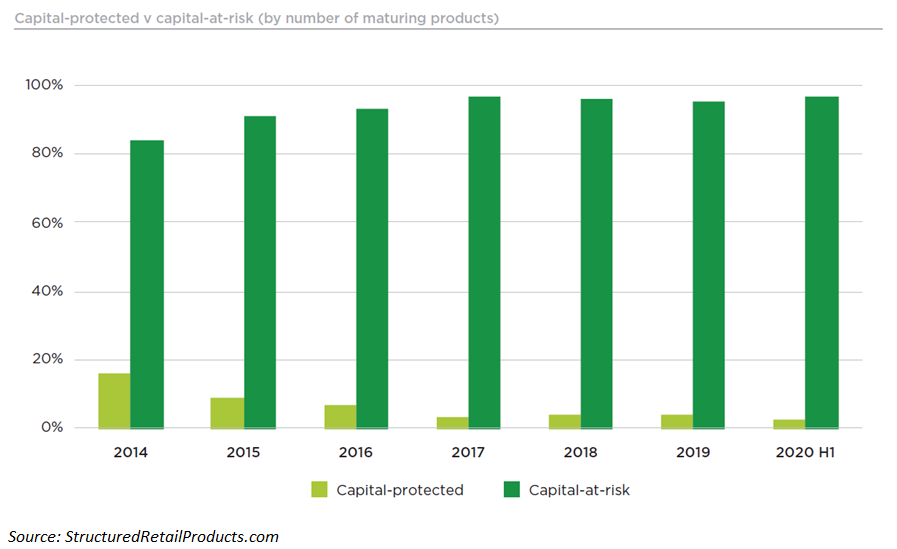 The analysis also shows that 95% of all products analysed were principal-at-risk - since 2014, when capital-protected products accounted for 16% of the market, issuance has shifted towards capital at risk structures as suggested by the percentage (3.5%) of products offering protection over the last three and a half years.

Despite their different performance path during the period analysed, both capital-at-risk products and capital-protected products reached an all-time low in the second quarter of 2020.

The average performance of capital-protected products averaged a little over two percent between 2017 and H1 2020, compared to an average of 2.75% between 2014-17.

The Italian market saw a strong start of 2020 reaching its highest performance level in January (8.8% average) - for the first two months, issuance of subscription-based products reached its highest level in recent years collecting €2.9 billion in sales.

Despite the increase in issuance up to March 2020, by the end of the first half sales volumes were down 32%. Similarly, the performance of the products reaching the end of their term in January and February, delivered an average of eight percent as the FTSE MIB reached its highest level since the beginning of 2019 in February. 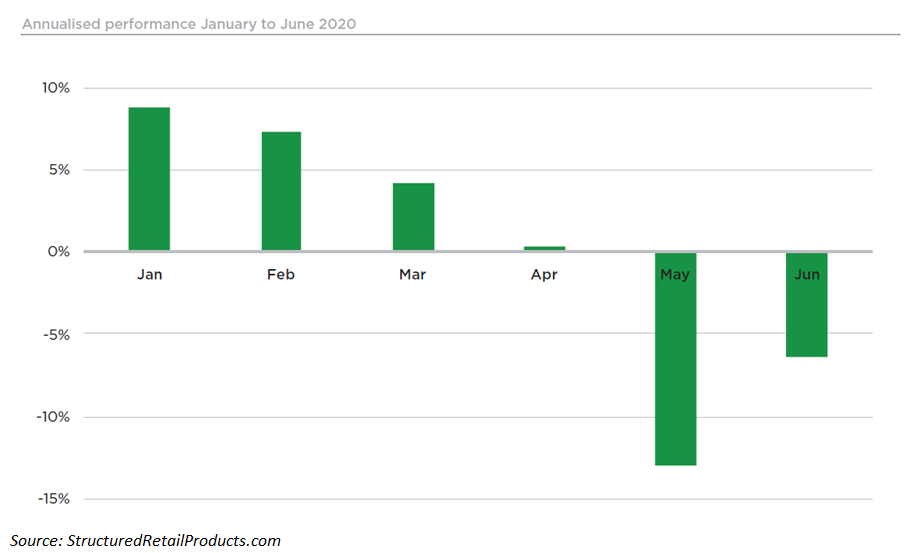 Although the FTSE MIB index was down by 10% by mid-March the performance of the structured products maturing in Italy delivered positive average returns until mid-April and reflected the fall in equity markets at the beginning of May, when the average monthly return stood at -12.9% pa.

The analysis includes performances of 5,322 (or 60.5%) of the 8,802 structured products that have matured in Italy in the period from January 2014 to June 2020 across 114 different payoff structures, 1,235 underlying assets and 35 issuing entities - of these, 95% of the products (5,046 products) are principle-at-risk certificates with five percent of the sample (276 products) are principal-protected certificates.

The majority of the principal protected products in Italy are structured bonds that are not included in this analysis.

Click in the link to read the full report which includes a separate analysis of performance from capital protected and capital at risk structures, as well as a case study on the performance of autocallables as the most popular payoff structure in the country.